… or how to reunite separated families

When I visited the Friedland refugee camp museum I spent the better part of one day in the exhibition.

One part that gave me the chills was the section about missing persons. If you have read my books Secrets Revealed and Together at Last, you’ll know about the German Red Cross and their quest to reunite separated families by setting up a database for missing persons. 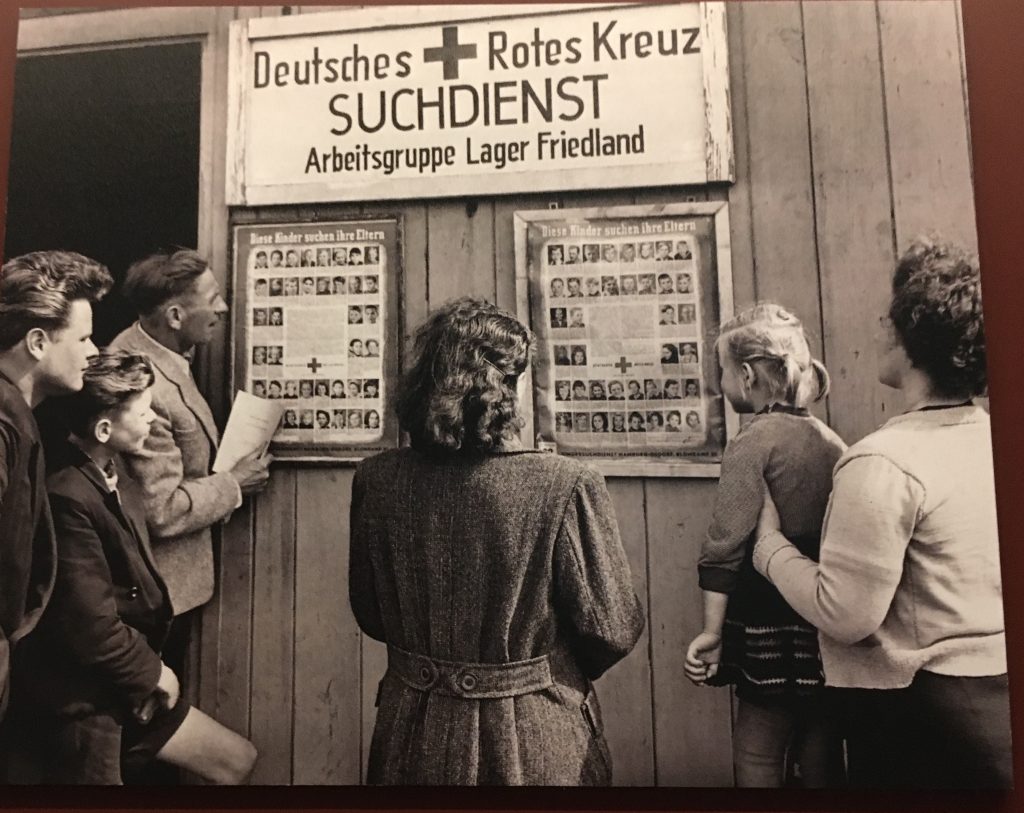 In the Friedland museum I got to see how this incredible system worked: 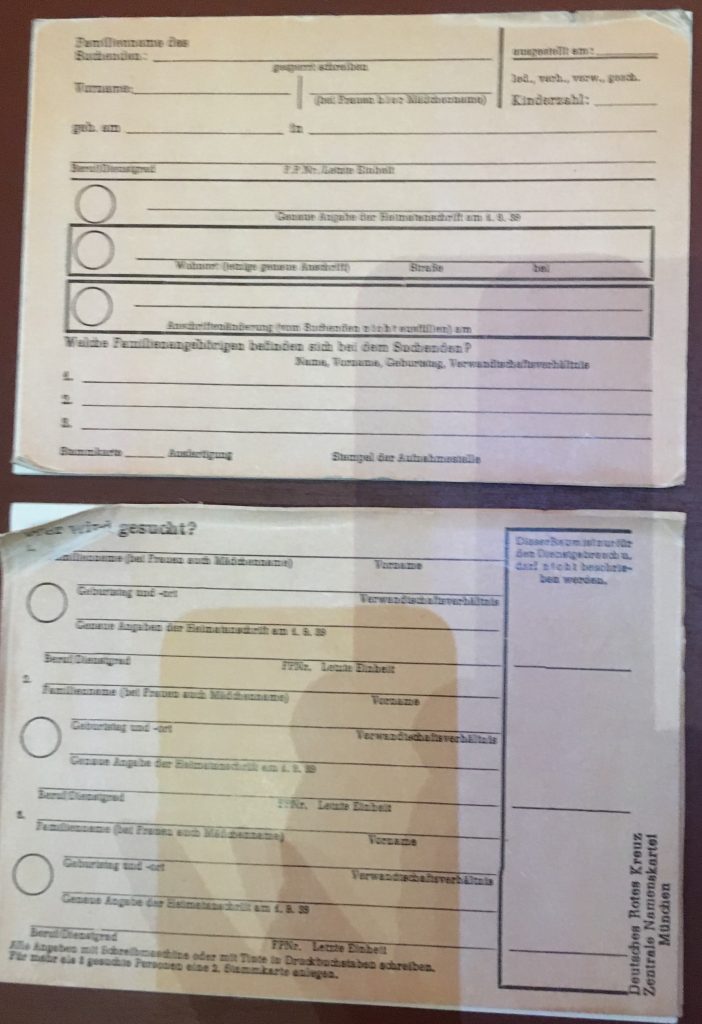 Every arriving person had to fill out two types of cards: one as a seeker and one for each person/family he was trying to find.

Then these cards would be sorted by lastname into filing boxes and the Red Cross helpers continually searched them to find new matches.

In a time without computers and internet it was quite the tedious, but incredibly advanced system. 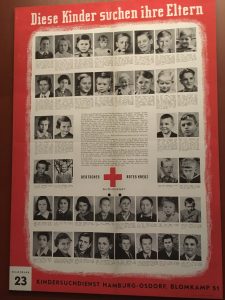 By 1948 around one million people had been brought together with the help of the “Suchdienst”, the search service.

In the beginning, only text was used, but later, the process was refined and photos of the displaced persons were made.

This was especially important for the unaccompanied children who oftentimes didn’t even remember their own names, birth dates, etc.

Some years later the German Red Cross started publishing “Yearbooks of Missing Persons”. Thick books with hundreds of pages and thousands pictures and names of people, mostly soldiers, whose fate was still unknown.

Their families held on to threads of hope that someday, somehow, they might see their beloved ones again. Even after the last German POWs in the Soviet Union were returned in 1955 the remaining family members would still cling to the possibility of a miracle.

And this is how a so-called success notice, an Erfolgsmitteilung looked like: 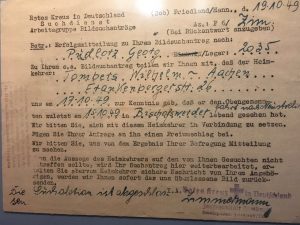 I can only imagine the joy, relief and elation the families felt when receiving such a postcard. 💕

If you’re interested in the fate of German prisoners of war in Russia after WWII, you’ll love Endless Ordeal, the book about Lotte’s boyfriend Johann Hauser.

Early readers have praised it:

“This was a terrific finale to the War Girl series.”

“I have really enjoyed the whole series and this is such a perfect ending, it has everything but talk about emotional!”

“I just finished the ARC for Endless Ordeal, and all I can say is — WOW!”