Probably everyone knows about the Bergen-Belsen concentration camp, but there’s another smaller memorial nearby.

The “Rampe Bergen” or Train Loading Ramp Bergen. The monument made of unused railtracks marks the entrance to the hiking trail leading to the Rampe Bergen Memorial. 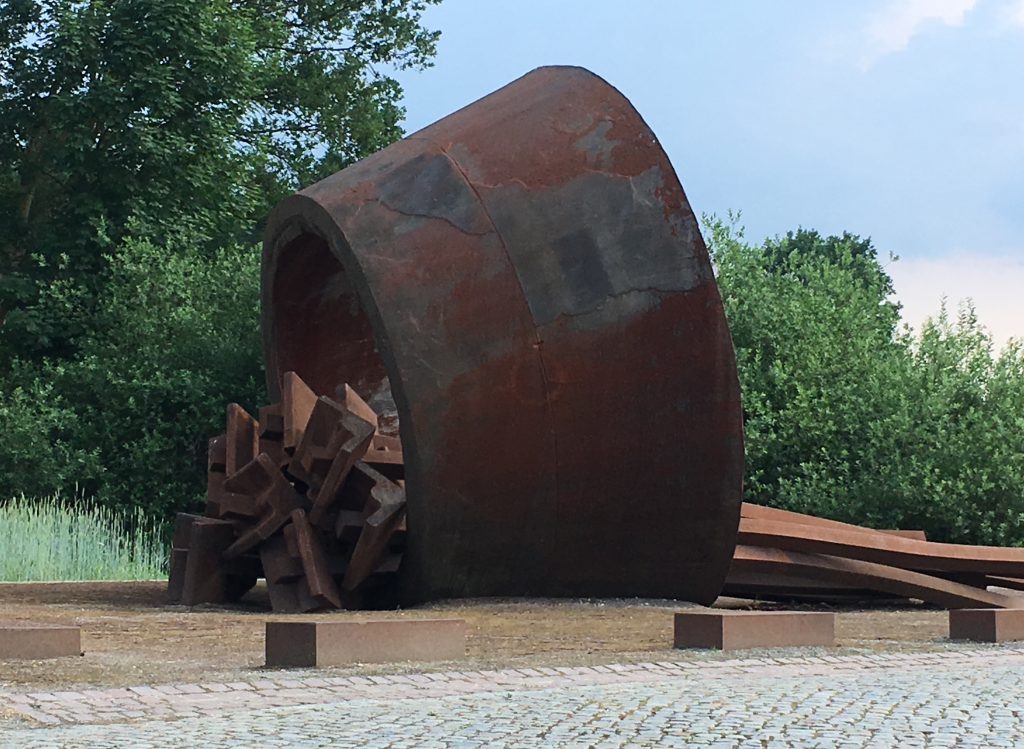 The ramp itself cannot be accessed, because it’s on military grounds, but the memorial is right next to the former train station.

Here the Jews, asocials, Gypsies, homosexuals, political dissidents, etc. were unloaded after a grueling train trip that often had lasted for days. The weakened, frightened, hungry and thirsty people were rushed from the cattle cars and forced on a 4 miles/6 kilometer walk to the actual camp. 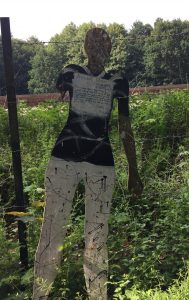 On a hot summer day in June I visited the memorial. Since it was already early evening I was the only visitor present.

It was a chilling experience to say the least.

The otherwise lovely hiking trail through lush green landscapes is fenced off with barbed wire to the side of the tracks. And every ten yards or so a life-sized wooden person hangs in the fence, showing the name and a short biography of one exemplary person who was brought here during the Holocaust. 😥

But it gets worse…

When I saw the sign below, I felt the biggest urge to turn on my heels and run away. 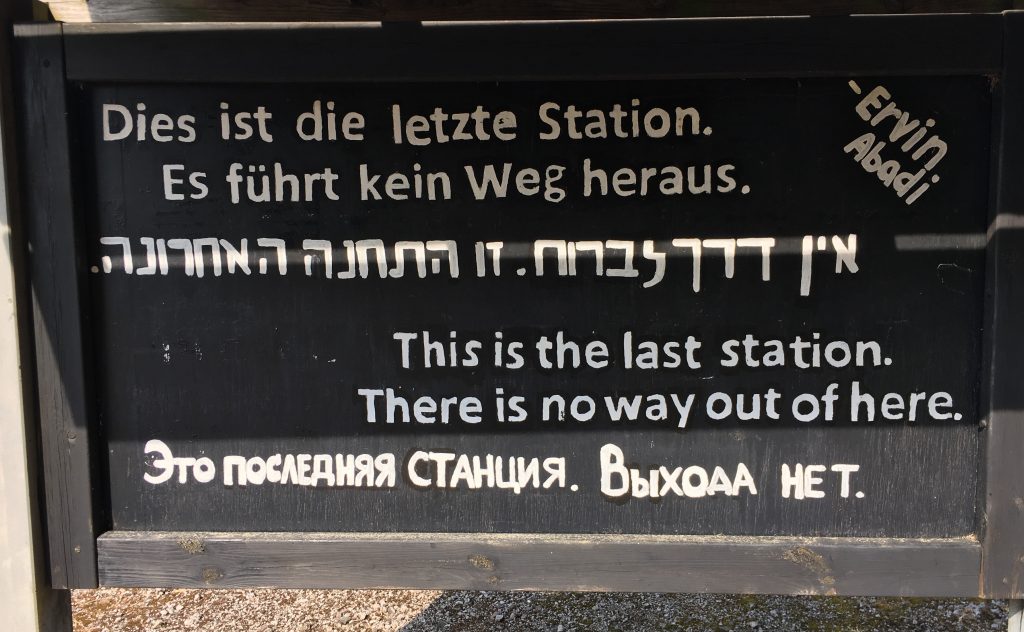 Gathering all my courage I entered the actual memorial grounds. There are a few information boards, but the heart of the memorial is an original cattle car of the kind that was used to transport the Jews to the camps. 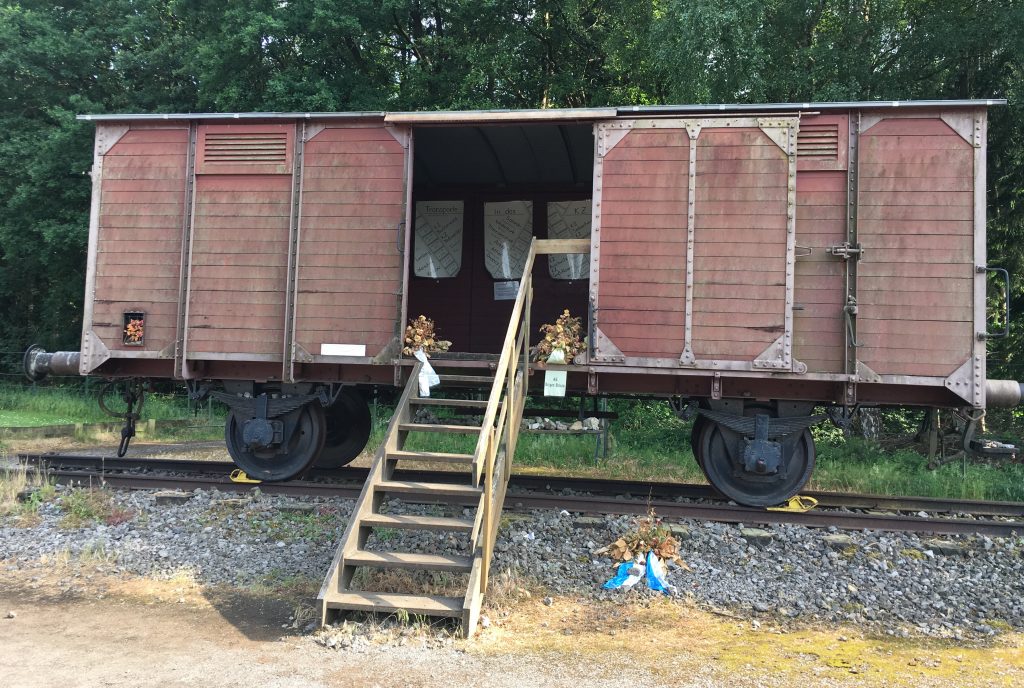 Let me just tell you that being inside this -open- cattle car made goosebumps break out all over my skin and I suddenly had difficulties breathing.

In my book War Girl Lotte I have written about Lotte’s trip in one of those cars, but experiencing it myself, even for just a minute alone in a car that’s open and won’t go anywhere, was a million times more terrifying.😰

We can never forget! 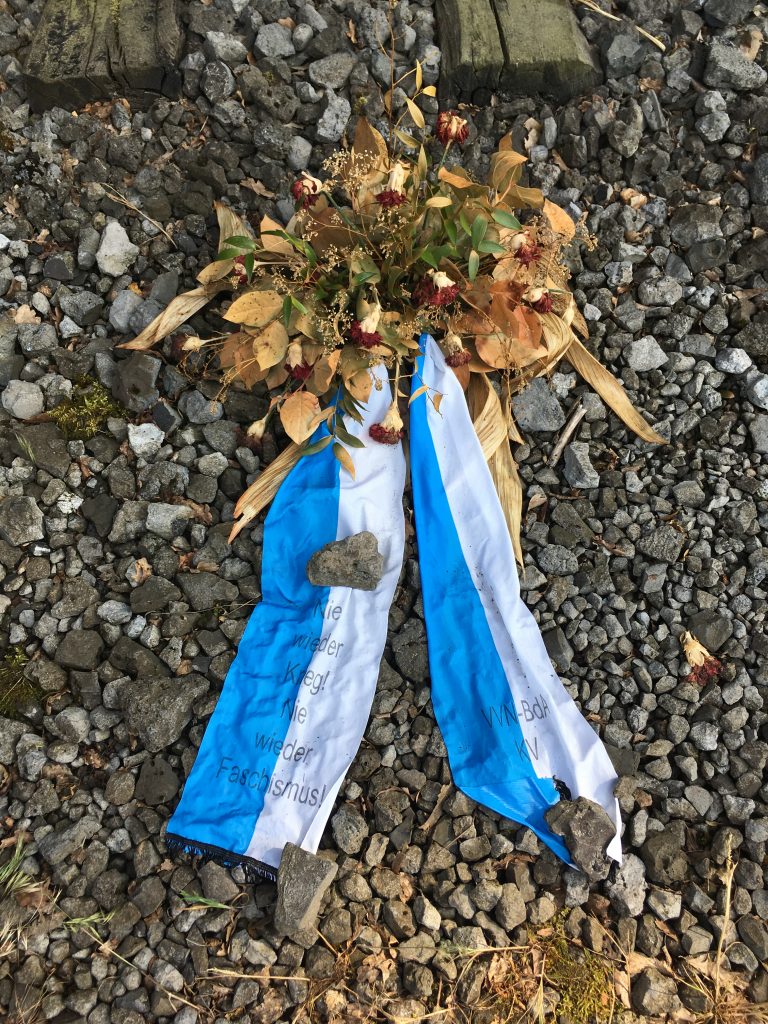