During my recent trip to Berlin, I visited the Jewish Museum with the adjacent Libeskind building that tells about the Holocaust in four different spine-chilling installations. 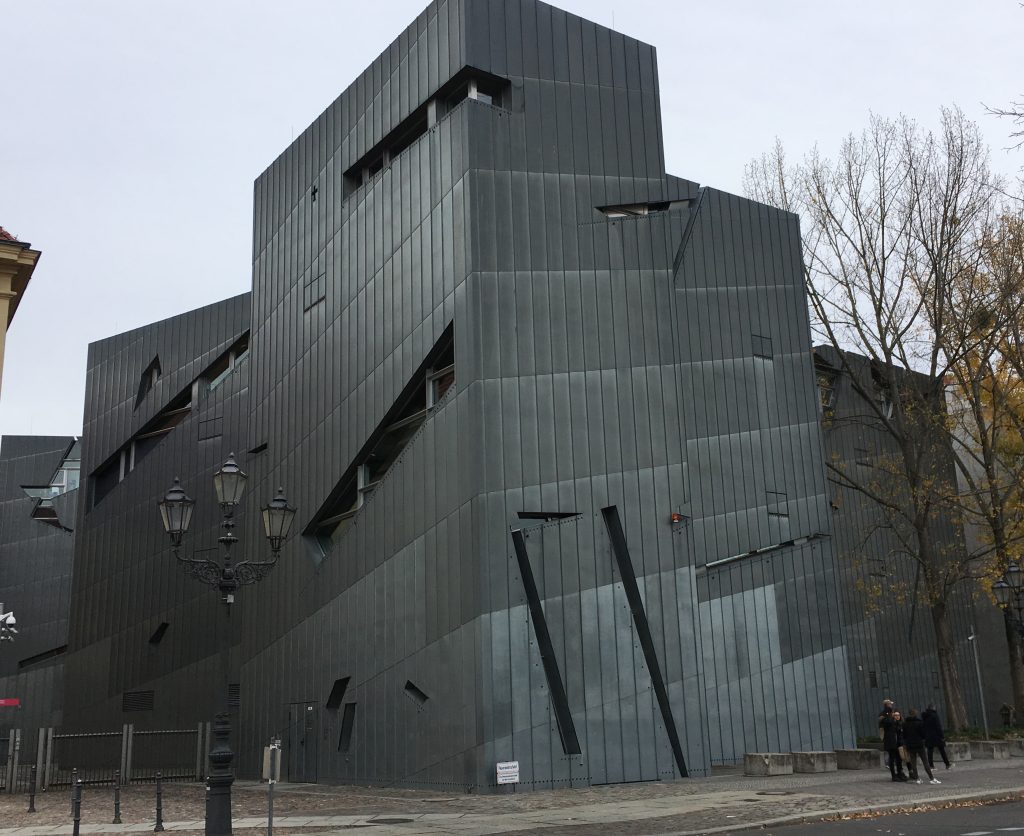 Even from the outside you get the shivers, just looking at the titanium-zinc façade with the narrow window slits.

American architect Daniel Libeskind called his design “Between the Lines“. He wanted the building to be not only a museum, but also a retelling of the German-Jewish history. It’s difficult to explain, but the museum’s floor plane is based on two lines: the zig-zagging line of the building itself, and an imagined straight line. At the crossings Libeskind has constructed so-called “voids,” empty concrete shafts from the basement to the roof. 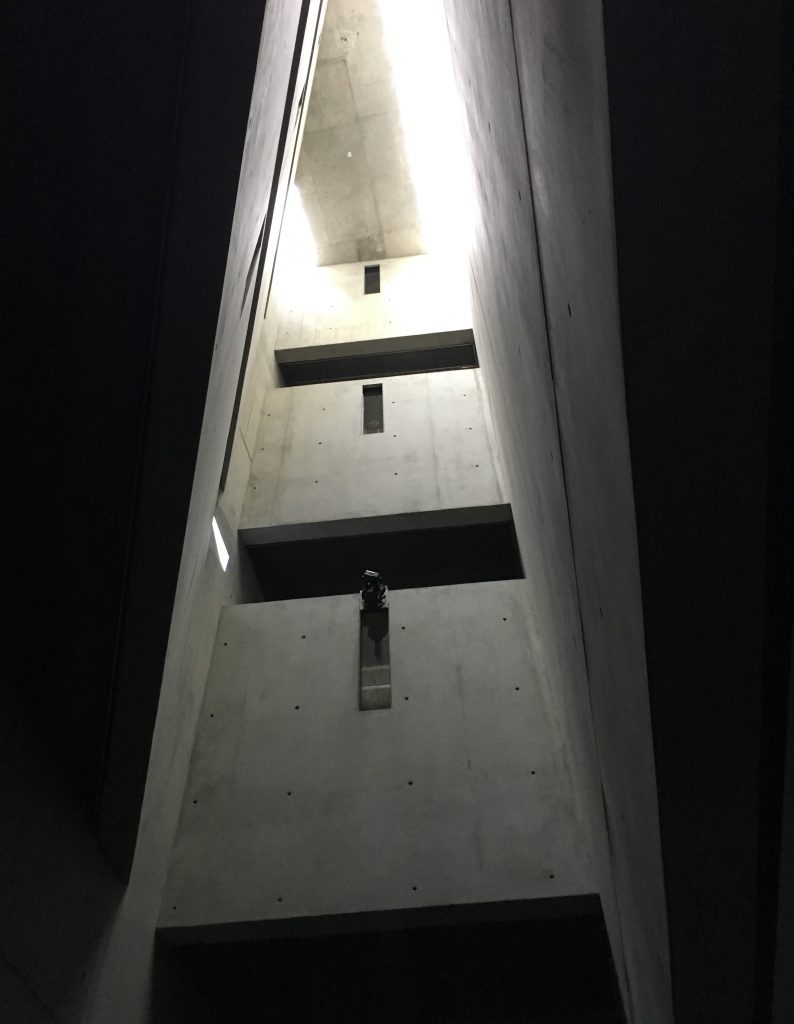 One of the voids hosts the installation called Shalekhet (Fallen Leaves) by Israeli artist Menashe Kadishman. You’ll agree with me that it’s bone-chilling. More than 10.000 heavy round iron plates cut in the form of faces with crying mouths cover the ground of the void. Just looking at them gave me the shivers and I could almost feel the tortured souls lingering. 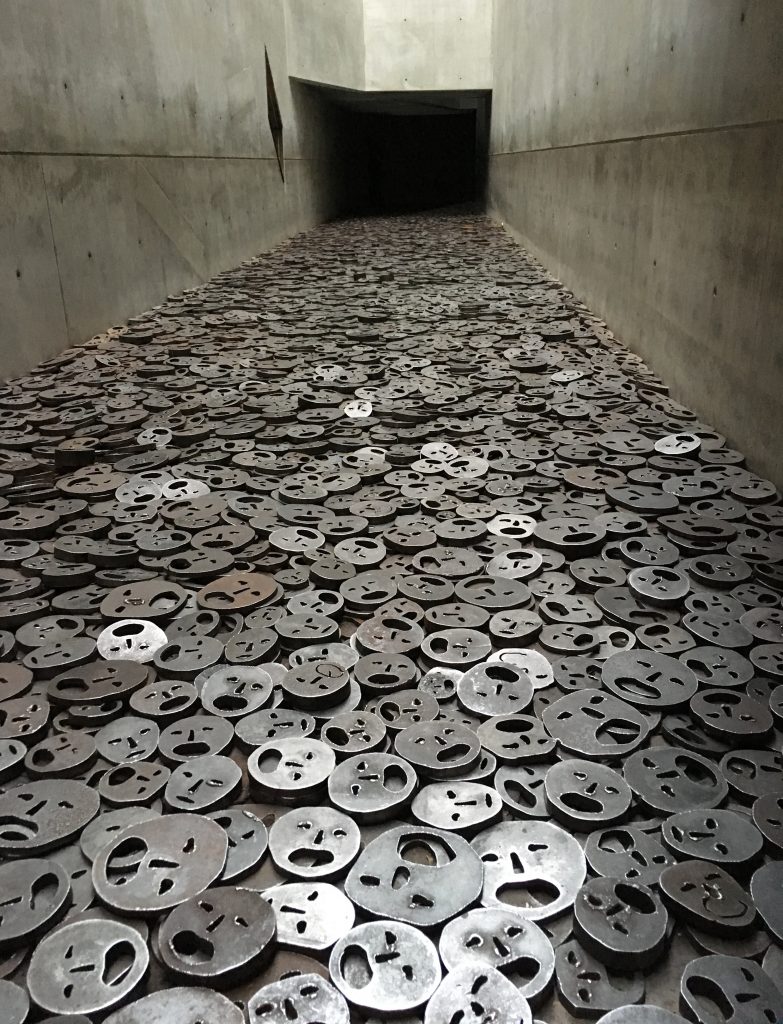 The museum attendant invited me to walk across the installation consisting of more than 10,000 faces with open mouths, cut from heavy round iron plates. But honestly, I couldn’t bring myself to do it.
It would have felt like walking over dead bodies. 😰

Another disturbing and thought provoking installation is the “Garden of Exile“, outside the Libeskind building. Forty-nine concrete stelae rise into the air. They tall columns take away your view and all you see is gray concrete to all sides. The only flicker of beauty is presented by olive trees growing on top of the stelae. 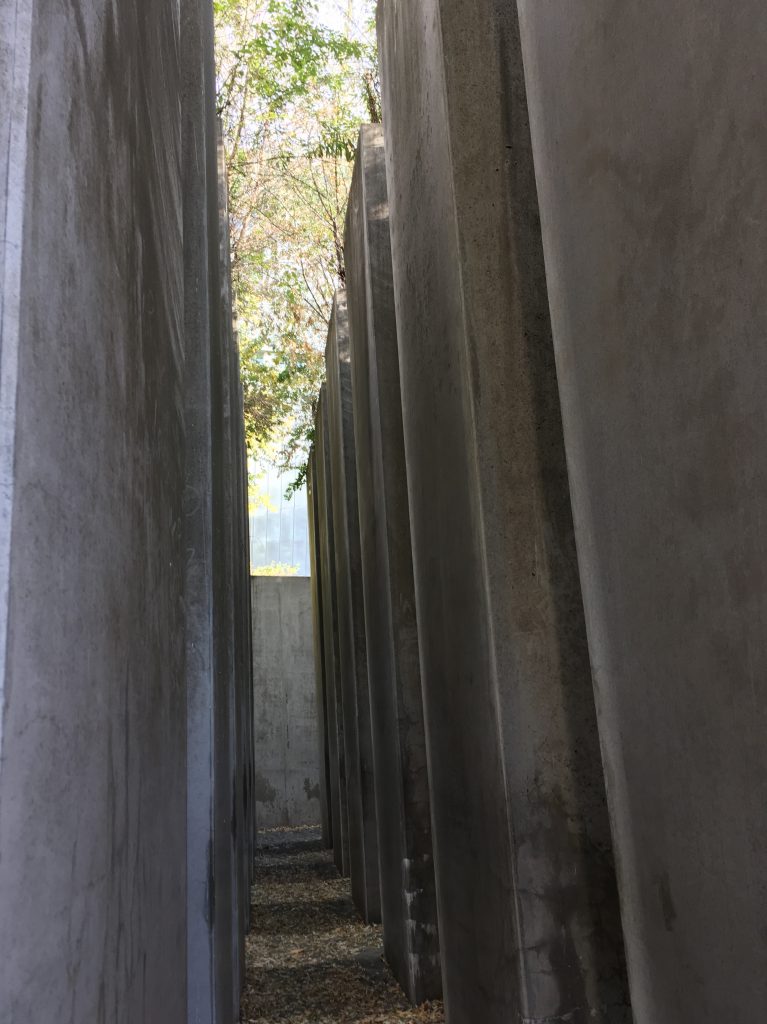 Walking through this garden leaves you with a feeling of being lost and disoriented, just like the Jewish refugees who had to leave everything behind and adapt to a new world.

We often wonder, ‘why didn’t the Jews emigrate while they still could?’. The answer can be felt in the Garden of Exile: it is frightening to leave the familiar surroundings behind and set out to experience something completely new and different.

Below are a few impressions of the axes. 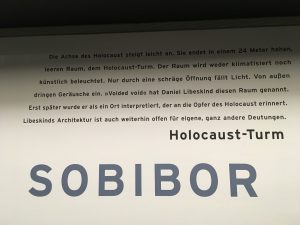 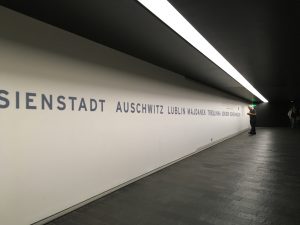 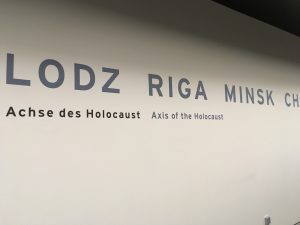 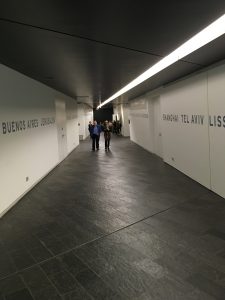 The fourth mayor part of the museum is the Holocaust Tower, also called the “Voided Void”. Like the other voids, it’s an empty concrete shaft. What makes it so utterly perturbing is the fact that it’s completely dark, safe for a narrow window slit, where daylight streams inside. The window is so far up, it’s out of reach of anyone down there and I felt the light alternately comforting and mocking me.

The unheated place was uncomfortably chilly when I was there (in November) and I imagine it will become suffocatingly hot during summer. The thick walls muffle all sounds from the outside, which made me even more aware of the utter isolation in this place. It was a truly oppressive experience and I was glad that I could leave the place any time I wanted. 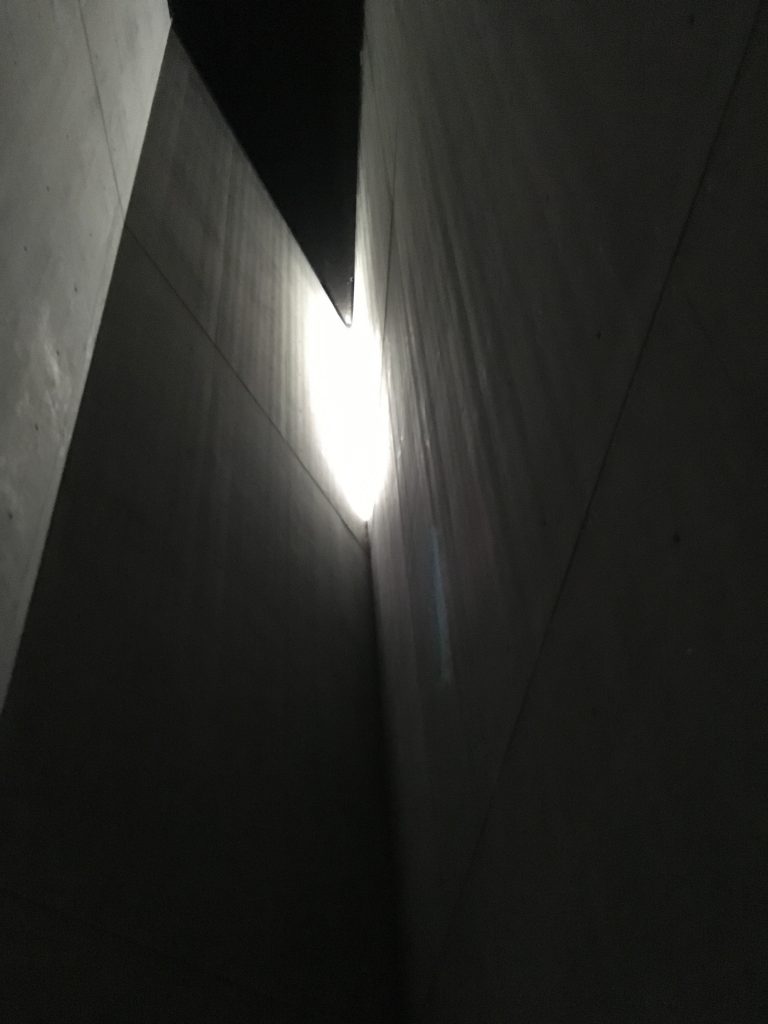 And if you’re wondering why all my photographs are black and white, it’s because the entire place is devoid of color, except for the olive trees growing on top of the concrete columns.

More information about the Jewish Museum in Berlin: https://www.jmberlin.de/en/libeskind-building