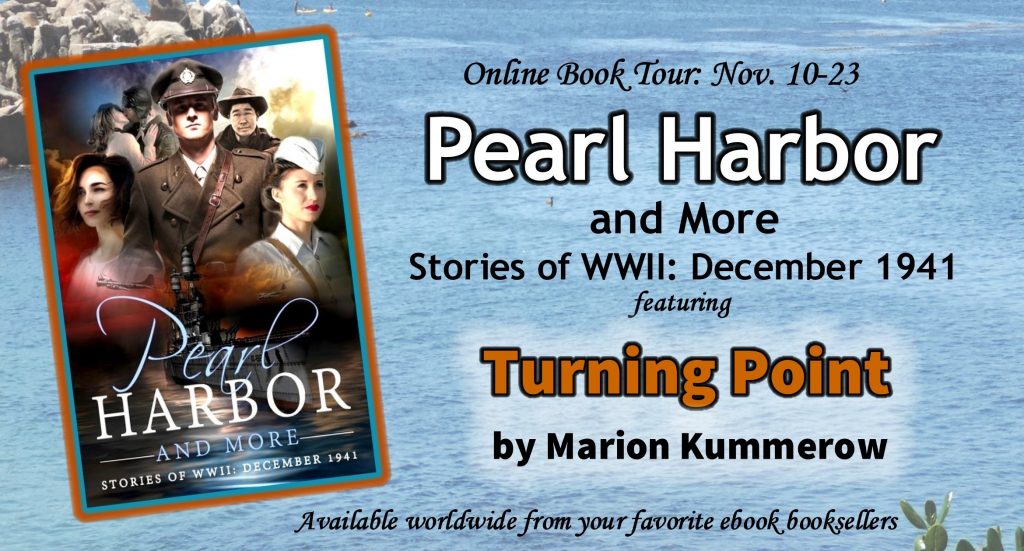 About PEARL HARBOR AND MORE

Available at the following online booksellers:

Eighteen-year-old German Jew Margarete Rosenbaum is about to be sent to a labor camp, when a bomb hits the building she lives in. Emerging from the rubble she’s presented with an unexpected opportunity. But how far is she willing to go to save her life?

Margarete Rosenbaum knew it was wrong to eavesdrop, but when she heard her employer mention her name, she couldn’t resist. Huddled against the wall, she held her breath and listened intently. It wasn’t all that hard because both Herr and Frau Huber had raised their voices.

“Margarete must go,” Herr Huber said to his wife.

I haven’t done anything. I’ve been slogging for you rotten pack eighteen or more hours every single day for the past two years.

“She’s a Jew.” Margarete heard Herr Huber’s stomping steps. Of course he wore his jackboots in the house. She would have to do a lot of cleaning once he left.

“That’s the exact reason why we hired her as a domestic servant. We couldn’t afford to pay the salary a German girl demands.”

Margarete sniffed. Slave would be a more accurate word. Domestic servants received benefits like holidays and a decent salary, but not her. Still, working for the Hubers was better than the alternative . . . She shivered.

“I know, darling, but our Führer wants Germany to be free of Jews. And as SS Obersturmbannführer I have to set a good example. We send her away. This is my last word.” Herr Huber’s steps approached the door and Margarete backed away, but then she heard the pleading voice of Frau Huber and stopped to listen some more.

“Wolfgang, if Margarete leaves, who is going to do her chores around here? You certainly can’t expect me to do them. Washing floors. Scrubbing laundry. Cooking. Dishes.”

“Where? Do you honestly think any German Fräulein will work as much as Margarete does?”

A long pause ensued, and the only thing Margarete heard were cars passing on the street in front of the apartment building where the Hubers lived with their youngest daughter, Annegret, in a nice three-bedroom flat.

But his next sentence destroyed her hopes. “The new maid doesn’t have to be German. A girl from the occupied territories in the East would do. As long as she isn’t Jewish, it won’t be a problem.”

Frau Huber sighed loudly. “Can Margarete at least stay until you find her replacement?”

Margarete fisted her hands. That spiteful woman wasn’t asking because she was concerned about Margarete. No, her only concern was whether or not she would be expected to perform any of the household chores.

“Fine,” Herr Huber agreed. Margarete didn’t think it was fine, but then, she had no voice in this household. “She has to be gone by the end of the week. I’ll arrange everything. We cannot risk being seen as Judenfreunde.” 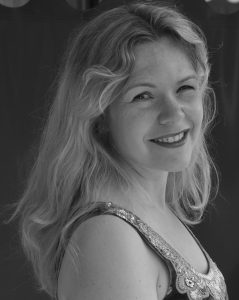 Sign up for Marion’s newsletter to receive exclusive background information and be the first one to know when a new book is released: kummerow.info/newsletter

You have already met Hilde and her son Volker in “Turning Point.” Hilde will feature as main character in UNRELENTING and UNYIELDING, both full-length novels in Marion’s World War 2 trilogy.