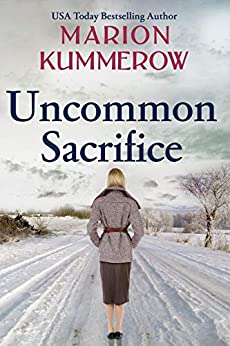 Freedom means to abandon his brother.

Held captive in a notorious Nazi camp, Peter clings to the dream of freedom.

But when his wife Anna stages an escape for him, he has to leave his injured brother Stan behind.

Stan fought with the partisans expelling the Nazis from Polish soil.

Severely wounded, he will not survive without a friendly soul by his side.

Can Peter find a way to save himself and his brother?

Uncommon Sacrifice is a novel about gritty determination, and the wondrous resilience of human beings that’ll make you cry, laugh, and root for War Girl Anna and her family.

Get it now and find out who will survive the war.

Other books in this series are: