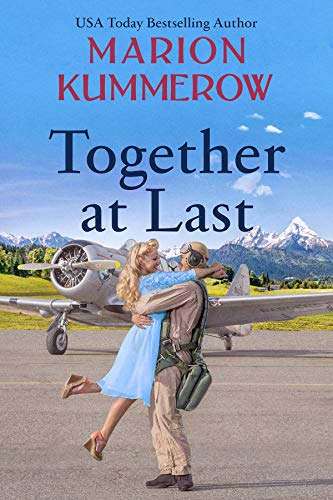 Loving her is a crime…
… that could ruin his entire military career.

RAF pilot Tom is desperate to find the woman he left behind in Nazi Germany. When he finally does, he discovers he can never be with her.

Too deep are the wounds of their nations from World War 2.

Ursula has been dreaming to be reunited with Tom again. But when the war over, a relationship with him will make her a traitor in the eyes of not only her own people but also the Allied powers.

Desperate to keep her secret from everyone, she embarks on a hazardous journey, defying her family and the authorities, just to be with him.

But there’s more at stake than her own happiness and she is forced to chose between her love for Tom and her daughter’s future.

Will Ursula and Tom find a way to stay together without hurting innocents?

You will love this gut-wrenching epic love story, because it’s full of ups and downs.

Get the book now!

Together at Last is the 9th book in the War Girl Series and will – finally – tie up all the loose ends in the lives of the Klausen family, except for one.