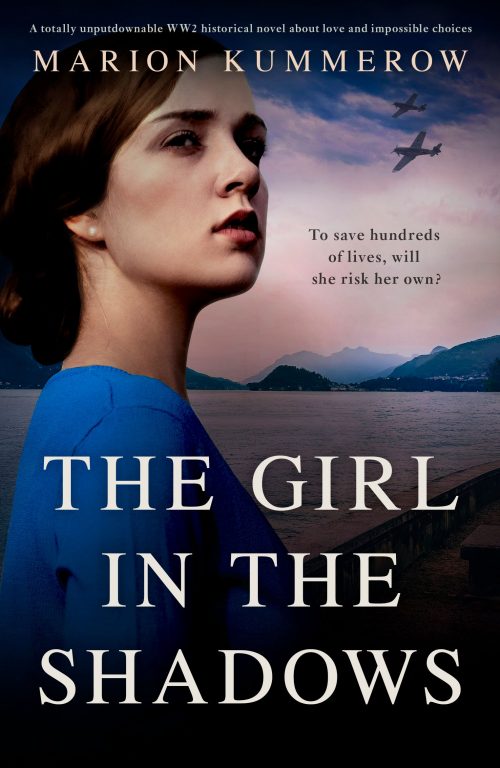 1943, Germany: Two years ago, fate gave a beautiful young Jewish woman named Margarete Rosenbaum the chance to survive the Nazis, by pretending to be one of them, hiding in plain sight. Now she must make a terrifying decision…

Margarete lives as Annegret Huber would have, in a beautiful rural mansion by a forest in northern Germany. She is the heiress to the entire Huber fortune—one which she has devastatingly discovered includes a factory and Nazi prison camp. Margarete has done everything she can to help improve conditions there, and to reduce suffering for the prisoners who remind her so much of her own lost family and friends.

However, as the war rages on and the Nazis become more brutal in their treatment of Jews, she realizes she must do more. She has to help the prisoners escape to real safety, because they will never survive in Hitler’s Germany.

She’s heard of a route to freedom through Sweden. Although that means secretly reaching out to the resistance. With the risk of betrayal at every turn, her enquiries lead her to a man named Stefan, who she instantly feels a powerful connection to. But she fears he will never trust her… unless she reveals the secret that keeps her safe.

At the same time, a Nazi officer begins to show romantic interest in her, making it harder to keep her identity a secret. His loyalty to the party is beyond question, so if he finds her out, not only will her plan be at risk, but also her life and those of everyone she cares for.

But can she let that fear stop her from saving others? Because she knows she herself could so easily be one of the faces on the other side of the fence. And that, in the darkest times, sometimes the only person who can rise up is the girl in the shadows…

The powerful third novel in Marion Kummerow’s bestselling Margarete’s Journey series is an unforgettable and devastating story, perfect for fans of The Nightingale, The Lilac Girls, and All the Light We Cannot See.