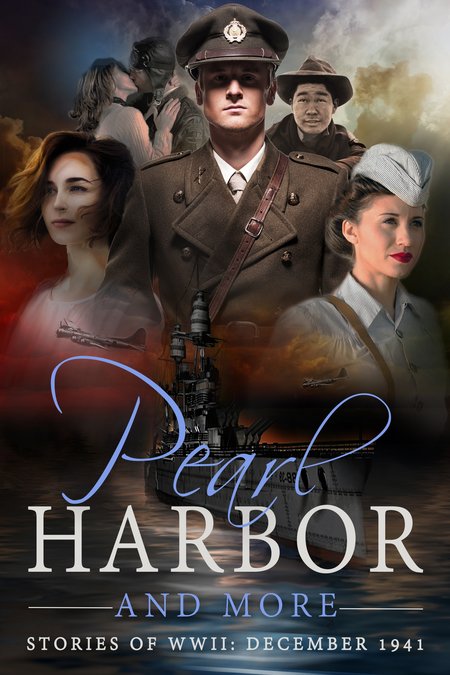 When Pearl Harbor goes up in flames, eight lives will change forever.

A shock wave ripples across the world, setting off a chain of events in which no one is left untouched.

From a con man in New York, to an Ulster Home Guard, to an American naval nurse, to a French Countess, and to a German Jew, each will bear the consequence of Japan’s surprise attack on the American naval base.

What challenges will they face? Will they find their ways and come through?

Step into these tales of eight men and women spread across continents after the fateful day of December 7, 1941. See through their eyes how one event shook their lives and devastated the world.

Deadly Liberty by R.V. Doon: Connie Collins, a navy nurse on the hospital ship, USS Solace, takes liberty the day before Pearl Harbor. Her budding romance wilts, an AWOL nurse insists she find a missing baby, and she’s in the harbor when WWII erupts. Under fire, she boards the ship–and witnesses a murder during the red alert chaos. When liberty turns deadly, shipmates become suspects.

Time to Go by Margaret Tanner: A young sailor, who died at Pearl Harbor, finally meets his soulmate on the 75th Anniversary of the battle. Will she be prepared to leave the 21st century with him? Or will they forever remain apart?

Turning Point by Marion Kummerow: Eighteen-year-old German Jew Margarete Rosenbaum is about to be sent to a labor camp when a bomb hits the building she lives in. Emerging from the rubble she’s presented with an unexpected opportunity. But how far is she willing to go to save her life?

I am an American by Robyn Hobusch Echols: Ellen Okita and Flo Kaufmann are high school seniors in Livingston, California. Ellen is a first-generation American who lives in the Yamato Colony, composed of about 100 families of Japanese descent. Flo’s father is a first-generation American. After Pearl Harbor, the war hits home fast and brings unforeseen changes to them and their families.

A Rude Awakening by Robert A. Kingsley: Singapore, December 1941; the fortress sleeps, believing its own tales of strength and invulnerability. A rigidly class-based society throws garden parties and dines sedately, disregarding the slowly growing number of warning signals. Suddenly, the underestimated enemy ferociously attacks and the myth of invincibility is shattered forever.