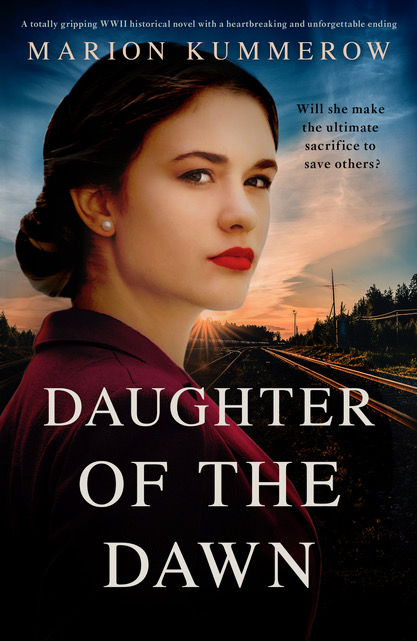 1944, Germany: The war is still raging, as a young woman named Margarete hides from the Nazis in plain sight. With each day that passes, she takes more risks. But will one of those risks ultimately take her to the most evil place on earth?

After a bombing led to her identity being mistaken, Margarete Rosenbaum has been living disguised as one of the Nazis themselves, for almost the entire war.

But secretly—aided by Stefan, a resistance fighter she’s becoming impossibly drawn to—she is trying to liberate the Jewish workers sent to work on the land she’s inherited, and to sabotage the work of the factory she’s meant to be in charge of.

She knows that every day she is risking her life. But she also knows what she has to do. Because it could be her on the other side of the barbed wire fence. And for every person she saves from the Nazis, it’s worth it.

Until she is discovered. And to protect the people she had been helping, she knows she must accept her fate. Even when they send her to the very place she’s hoped to save her prisoners from: Auschwitz… Where no one comes out alive. As the war moves towards its brutal end, will she survive to see Stefan again?

A totally heartbreaking story about courage, love and betrayal, perfect for fans of The Tattooist of Auschwitz, Beneath a Scarlet Sky and All the Light We Cannot See.