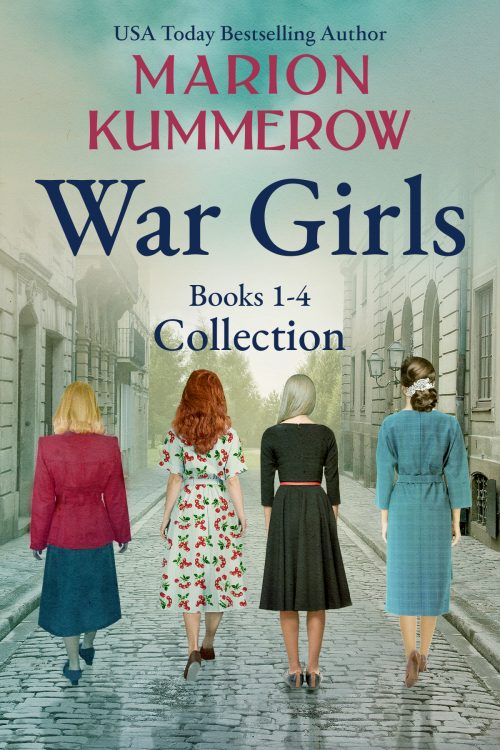 In this collection you will find books 1-4:

War Girl Ursula is the bittersweet love story between a German woman and a British pilot. The eldest Klausen daughter, Ursula, must choose between morality and obedience when the wounded man asks her for help.

War Girl Lotte: the nestling Lotte is impulsive and outspoken, and a passionate fighter for justice. When she discovers four Jewish children on the run, her life finally has a purpose. But her act of humanity may cost her and those she loves dearly.

War Girl Anna: middle daughter Anna wants to be a human biologist, but when she discovers a horrific secret, she must choose between career and morality. Hidden from the world, gruesome things are happening – and Anna is soon caught in the middle.

Reluctant Informer: Sabine Mahler, the Klausens’ lodger, is not who she claims to be. Her husband’s survival depends on her willingness to cooperate with the Gestapo.