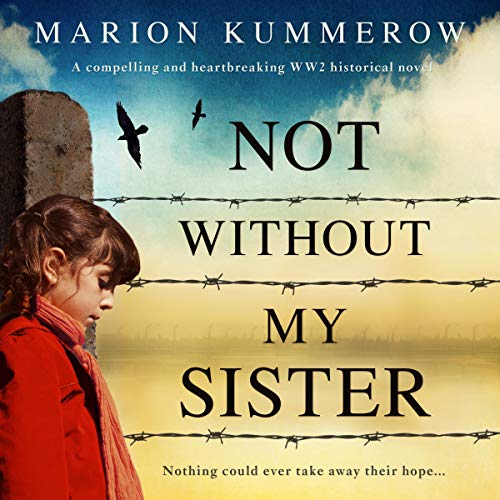 Available at: Other Retailers Audiobook

All they had left was each other. Until the Nazis tore them apart.

1944, Germany: After years of hiding from the Nazis, Rachel Epstein and her little sister Mindel are captured by the Gestapo and sent to the concentration camp at Bergen-Belsen. The only ray of light for either girl is that they are together.

But on arrival, they are separated. As she’s 17 and deemed an adult, Rachel is sent to work in a brutal factory, whilst four-year-old Mindel is sent into the so-called “star” camp for Jewish prisoners. All on her own, Rachel knows her sister will have no chance of survival – unless she can find someone to take care of her.

Working in the windowless, airless factory – filling munitions casings with chemicals that burn her fingers and make her eyes sting – the only thing that keeps Rachel going is the thought of her little sister. Because if there’s even a chance Mindel is alive, Rachel knows she must try to save her.

But, separated by barbed wire, and treated brutally by SS guards who do not even see them as human beings, can either of the orphaned sisters ever dare to hope that they’ll find their way back to each other? And to freedom?

A completely heartbreaking, utterly gripping tale of courage, loss and overcoming impossible odds, perfect for fans of The Tattooist of Auschwitz, The Ragged Edge of Night, and The Orphan’s Tale.