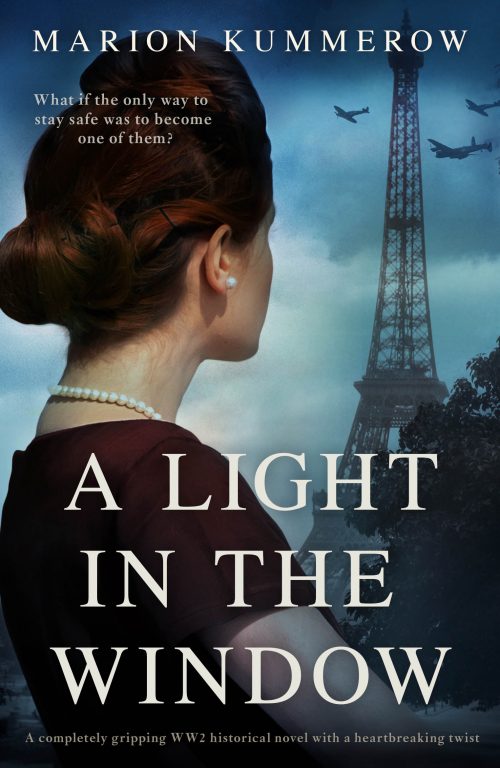 Margarete stumbles out of the bombed-out house, the dust settling around her like snow. Mistaking her for the dead officer’s daughter, a guard rushes over to gently ask her if she is all right and whether there’s anything he can do to help her. She glances down at where the hated yellow star had once been, and with barely a pause, she replies “Yes”.

Berlin, 1941: Margarete Rosenbaum is working as a housemaid for a senior Nazi officer when his house is bombed, leaving her the only survivor. But when she’s mistaken for his daughter in the aftermath of the blast, Margarete knows she can make a bid for freedom…

Issued with temporary papers—and with the freedom of not being seen as Jewish—a few hours are all she needs to escape to relative safety. That is, until her former employer’s son, SS officer Wilhelm Huber, tracks her down.

But strangely he doesn’t reveal her true identity right away. Instead he insists she comes and lives with him in Paris, and seems determined to keep her hidden. His only proviso: she must continue to pretend to be his sister. Because whoever would suspect a Nazi girl of secretly being a Jew?

His plan seems impossible, and Margarete is terrified they might be found out, not to mention worried about what Wilhelm might want in return. But as the Nazis start rounding up Jews in Paris and the Résistance steps up its activities, putting everyone who opposes the regime in peril, she realizes staying hidden in plain sight may be her only chance of survival…

Can Margarete trust a Nazi officer with the only things she has left though… her safety, her life, even her heart?

A totally heartbreaking and unputdownable story about how far someone would go to save one life, that fans of The Tattooist of Auschwitz, The Nightingale and All the Light We Cannot See will adore.