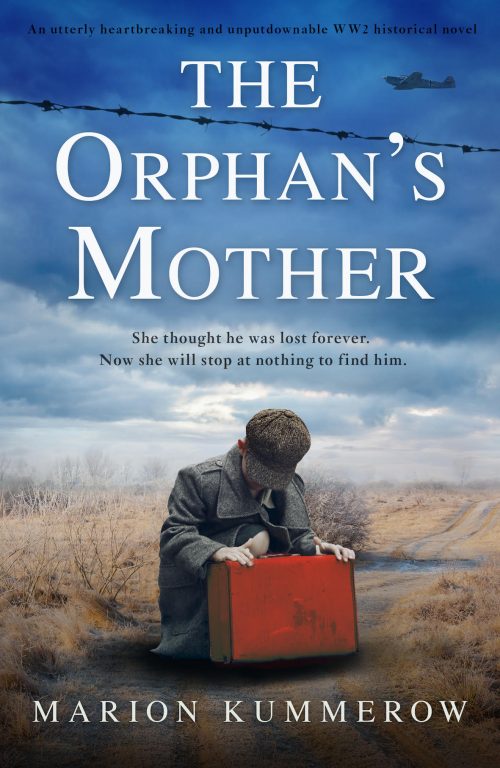 1945, the German-Polish border: A mother and her little boy are torn apart, and with the Nazis on one side and Soviet forces approaching on the other, so begins an unforgettable tale of courage, heartbreak and motherhood in wartime.

In the icy grip of winter, Emma is about to face the most impossible decision—stay to search for her missing son, or get her daughter to safety.

In the last days of the Nazis, she’s desperately trying to escape Poland, with her two young children and little more than the clothes on their backs. With the Russian Red Army advancing, she knows their safety relies on them crossing the border, even if it’s into the Nazi warzone. She swears to herself that she’ll do whatever it takes to keep their family together.

But before they can reach the border, her little boy Jacob falls ill, his once-sparkling blue eyes getting dimmer with each moment that passes. And Emma knows she has to get him to a hospital, where she hands him to a kind nurse, saying to him “If we are separated, Jacob, know that I’ll come looking for you. And I’ll always find you.”

She feels sure they will be reunited the next day. But then the bombing starts. And when she reaches the hospital again, she finds it deserted, her darling son gone.

Though her heart tells her she has to stay and find him, she faces an impossible choice. She would risk her own life for Jacob in a heartbeat, but as her daughter Sophie’s tiny, frozen hand slips into her own, Emma is forced to make a heartbreaking decision. Unable to find any trace of her beloved son, she knows she must at least get her daughter to safety.

But she can never forget the promise she made to her little boy. That if they were ever separated, she’d come looking for him. That she’d always find him.

Whatever the danger, whatever the risk. She knows what she has to do. Because there is nothing stronger than a mother’s love…